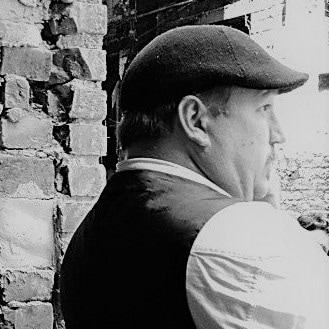 Mitch Ruth also creates music and is an active stage performer. He is a versatile musician and actor. Mitch has been performing for most of his life. He started at the tender age of 5 with his own radio show on WLSI in Pikeville, KY, billed as the "youngest DJ in America" he terrified his poor mother as she never knew what he might say next. This first experience was capped by guest hosting the Grand Ole' Opry at the legendary Ryman Auditorium, meeting country music legends such as Loretta Lynn, Tex Ritter, and Roy Acuff. After that, Mitch got his stage fix through church productions and playing music in the school band. Mitch developed his speaking and storytelling in High School and studied to become a music teacher in College, deepening his love of Classical and Electronic music. Mitch spent the 90's and early 2000's bouncing in and out of the teaching profession, but during this time he performed with Gettin' Ready, a Southern Gospel Quartet, for 15 years traveling throughout the states of Kentucky, Ohio, and Indiana; recording 2 albums and winning the Kentucky State Fair Gospel Quartet Contest.

In 2007 Mitch got addicted to musical theatre with a role in a regional theatre production. Since that time he has performed a variety of musical and dramatic roles. In 2016 Mitch won an Orchid award for Musical Excellence for his portrayal of Pontious Pilate in The Footlighters Inc. production of Jesus Christ Superstar. He hopes to be seen in Professional and Community Theatre productions around the Cincinnati area in the future.

Mitch creates new music through his project, The Hatcher Street Diaspora, creating instrumental electronica with a touch of blues folk and whatever strikes his fancy.  He also produces a less regular musical project, Ignite Joy, which focuses on positive message/faith music with lyric based songs. You may find Mitch busking on a streetcorner, doing studio session work, or singing Christmas Carols in a Casino wearing a top hat and long coat.
Photo by Mikki Schaffner